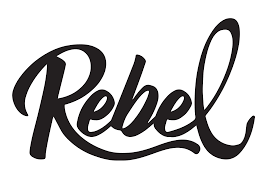 Have you ever considered you might have been brainwashed? Why aren’t we rebelling against anything? It seems like everyone is an automaton just going about life without thinking.

Brainwashed? Me? No way! Why do you ask – How do you mean?

Let me try to explain. I think…

This was an email exchange between my brother and I just this morning. I had sent out the weekly schedule to help track (believe it or not) the 4-8 family members that regularly stay at our home in Cheshire on any given evening (including him).

Me: “She’s good. Needs eye-glasses, to fix her car, deal with concussion and find a job.

Tom is only working Wed-Sun this week, don’t know next week yet. He wants to move to Maine for the summer to rent a house with friends from school- jobless, with a car payment, needing to save for next insurance installment & all…. We had a short scuffle about it on Monday with his Hollywood jazz blaring in the background over breakfast. Good times.

Kieran came back yesterday without warning and brought his friend Michele over. Despite me & Daren asking him numerous times what his plan is every week and if we will see him – he just showed up at 12 in the afternoon with the proclamation he is staying “many days” via a text to Daren only moments before which he later tells us is because “Mother is away”.

Gilmore is missing. We all saw him before Devin’s concert last night & not since. He didn’t show up for breakfast. I’m a bit sad & worried.”

Mario: “That’s all? I don’t’ think I could say anything that would help… Keep doing those practices. Gilly, I am sure will return. He has it too good there.”

To explain a bit –

Tommy is my 21-year-old biological son who moved back home from college last winter in what should have been junior year at the University of Southern Maine. He’s currently on the 5-8 year college plan. Gabby is my 18-year-old bio daughter who just got home from freshman year at the University of Rhode Island on Tuesday evening. Kieran is my 18-year old step-son who lived with us regularly since 2011, but in the past two years makes sporadic proclamations about living here or at his moms… he will often dramatically pack up everything and go to one place or another without warning. Devin is my 15-year-old step-son who is a high school freshman. Gilmore is one of my 3 cats… or was one of them. He still isn’t back. He’s never been gone before. Escaped yes, but we see him sneak out and promptly catch him. He’s 8+, never been outside (so not street smart from a cat sense) and quite plump– a perfect morsel for any wildlife that might live in the woods behind our home. And we have a dog. My brother Mario has been staying with us since last fall regularly on and off.

That’s my quick background of a standard, crazy week at the Anderson-Messeder household. I wish I could say these unusual things like busted cars, concussions, family members coming and going, missing animals, etc; was truly unusual – and they are, but there is ALWAYS something truly unusual and outstanding going on around here. It makes it hard to predict what it will be.

OK – so there is a lot on my plate. I think I’m a good person. I’m a normal citizen. I do my part & then some. I pay my taxes. I regularly shop with extreme coupons and donate the items to a domestic violence shelter weekly. I am involved in an organization to volunteer my time to teach yoga at a shelter. I teach yoga outside of that too. I work part-time for the VA hospital where I’ve worked full time for 15 years until recently. I manage a vacation rental that starting around now in May gets turned over around once a week. I take care of our home and pets. My husband & I are a blended family and I’ve tried to be the best mother and step mother that I can be.

So why don’t I feel good about myself? Why do I want to rebel against modern society and the way we live?

Because it’s all so selfish and if I’m honest with myself seriously quite ridiculous.

Because our kids have more than enough and then some and just don’t appreciate any of it.

Because I have more than makes me happy and I feel like a prisoner trying to keep up with it all.

Because other people are suffering and the non-sense… (and boy do I mean non-senseof my everyday life) just gets in the way of doing something meaningful.

Because as I sit here writing this, there are humans being trafficked around my own state.

Because 1 in 4 college girls is sexually assaulted and we accept this as the norm (and these are just reported cases!). One of my daughter’s best friends from high school was raped the first night of being a freshman. She went to the ER and did all the right things and has been working all year with the insurance company to keep it from her parents because she feels bad since she was drinking. A colleague of mine just posted a story on Facebook written by her daughter who is a sophomore – a tribute to how messed up the system has been to her after her own rape.

How do we sit tight as women right now knowing in our own first world countrythat we only make 81 cents to the dollar of men if you are white – and lessif you aren’t?

There are school shootings or a threat of one DAILY. DAILY!!! My niece who is 8 tells us about regular drills at school where they never know if it’s a real shooting or not. The kids have to run to the closest closet or hiding place for 20-30 minutes at a time so they are well practiced when there is a real school shooter.

GMOs in our food, chemicals in our tampons to make us bleed more, animals on antibiotics that are mindlessly slaughtered and consumed without a single thought, k-cups and other disposables being used like there is no tomorrow and the earth can handle endless plastic and CO2, hazing, gay bashing, homeless beatings, domestic violence… Whiskey Tango Foxtrot! For those who aren’t familiar with the phonetic alphabet – it’s WTF or even more literally translated as “What the Fuck”.

But we just come home and go to little league games where everyone is special and gets a trophy, have a beer or glass of wine on the sofa while watching the “heros” on TV who shoot up drugs, beat their wives and cheat on the sports we are watching, or make our favorite recipes using the chemically laden ingredients we bought off the supermarket shelves on the way home from (to mimic the sayings of a YouTube video I posted on Facebook not all too long ago [which shock of all shocks hardly got any likes]) our jobs in our cars that we need our jobs to pay off, to our homes that also aren’t paid off where no one is home to enjoy most of the day.

It’s all too much. I understand why we anesthetize ourselves and ignore everything else. It feels better to buy a new bag or computer than to immerse ourselves in the hard stuff of the world. To be absorbed in the world of fashion or some new mindless song about the cute boy who doesn’t know I exist. Or to drink, or to eat, or to have sex. Get me out of here!

Why aren’t we marching in the streets? Why don’t we realize or even want to stand up for our rights for ourselves and for other humans or sentient beings? To do so feels very anti-establishment, right? It shouldn’t. But we’ve been brainwashed to believe that if we could afford to buy that new car, bag, house, computer (on CREDITbtw) then we’ve “made it” and we should be happy.

Once you realize this and want to do something, the ones still brainwashed question your sanity so it makes you feel like you are the one out of your mind. Hence, we develop mental illnesses that we are prescribed drugs for, so we can comply with the way everything ‘is’ and ‘fit in’.

The lyrics below are from a great song by Awolnation. Just look at the name of the group AWOL NATION.

That is what we are folks – just absent. It’s true whether you want to believe it or not. We should be rebelling. But like you, I’m too tired after dealing with the plethora of non-sense of my own small life. It’s the perfect system – make me love these things that I need to care for that take all of my time, leaving me with nothing to give and nothing to gain other than to pay for the things I hardly have time to enjoy on credit. Gotta love it all.

For now, I’ll just preach about the craziness of it all. I will never be in your face I promise – because I don’t have a leg to stand on like anyone else. I’ll be vegan most of the time and wear a nose ring until people ask me why. I can only hope to spread a little awareness and love along the way. Hugs, kisses, peace & Namaste.

AWOLNATION – This Kid’s Not Alright

Troubles coming for the free men
We shake them, shake them with the free hand
So stand tall, shout out with me

Do your dirty work without me, Say you’re best when no one can see
Stand up, catch fire with me

I’m scared, I may derail 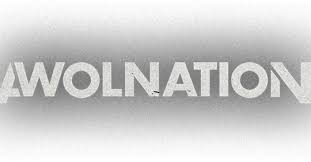 3 thoughts on “On Being AWOL Through Life”