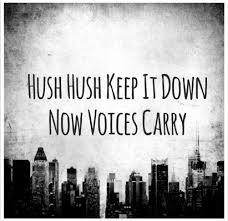 The song “Voices Carry” by Til’ Tuesday always gave me somewhat of a chill. Not in a bad way, but through some haunting lens I didn’t quite understand but felt a magnetic draw to.

2 years ago while preparing some yoga classes April’s Sexual Assault month which has a strong hand-in-hand partnership with October’s Domestic Violence month (a topic that I feel very strongly about as a child abuse survivor) – I set out on a search for songs about these topics.

Voices Carry came up under Domestic Violence. Yes, I suppose – ‘shush, keep it down now, voices carry’. It wasn’t all too different from some of the other 80’s tunes like Luka and Behind the Wall. It had that same eerie vibe that drew me in, while not really digesting much what the lyrics were so poignantly about.

A few months ago on the way home from work my music was playing on shuffle in the car when “Voices Carry” came on. Likely for the first time I really listened to and digested the lyrics. The Internet search from 2 years ago plagued my mind, but I wasn’t so sure anymore that Domestic Violence was completely behind it. Was it a secret lover perhaps? What did the words mean???

Hours later after dinner, walking the dog and the nightly routine – Daren was out at hockey with Devin and I picked up my phone before bed to search the lyrics meaning.

No doubt it was about the power dynamic in an Intimate Partner relationship. But what I read over and over and over, is that the song was originally written with “She” instead of “He”. I read a lot about the video and how the man tried to control the woman… (never saw this video) and how it could be about sexual assault; but I couldn’t shake what almost seems now after one too many sources said that it was about a lesbian relationship.

Wow. That just shifts everything now doesn’t it?

I’ve written about this before- that back in May 2017 I was required to take a 50 hour CT state training on Domestic Violence and Sexual Assault in order to teach yoga at Domestic Violence shelters. I was ambivalent about the training. It was a requirement. I had to shift my schedule a bit to fit it in. It ended up being a life-changer.

The topics were so eye opening. It wasn’t just about the topics. It was about the dynamic of relationships. The dynamic of human unfairness. The dynamic which children grow up and how certain segments of society are treated unfairly. How cycles of violence perpetuate through generations. How we treat and work with perpetrators. How the police are trained and not trained to deal with these issues. How the law works and how the laws have changed over the years. How our culture almost encourages boys toward violence and treating women as objects. How the LGBT movement plays into it all. How race is involved in this. I trained at the umbrella agency in Bridgeport CT. I was finally able to piece together that these topics are all so very related and are ultimately human rights issues. Human Justice Issues. All encompassing and under one umbrella.

It was there I very sadly realized that I myself have PTSD from childhood abuse. I was very likely unable to handle the awareness until then.  It was probably the most educational 50 hours I’d ever spent – professionally and personally.

Domestic Violence, Sexual Assault and a same sex relationship – how can one song be related to all 3? How can these topics even be related?

Strange thing is that they are. It’s all stuff that as a society we’ve kept hush about and swept under the rug. Things that folks were ashamed of and had to hide. The unspeakable, but oh so very real truth.

I heard the song again last night on the way home after sharing a few drinks with a friend. It haunted me as always. Something I read a few months back when I search it the last time preoccupied my mind enough for me to try to find it again (of course I could not – go figure). A writer explained how she always believed the song was about a heterosexual couple in an affair situation until she read about the “she” word removal as well.  At that point she wrote a bit about how sad it was that the record company wouldn’t record it, as stations and the public were not ready for the topic; but how that changed the words and entire meaning of the song for her.

That was the main meaning. If we don’t keep quiet about a topic, the voice of it will carry to others. The message will get across. Yes, ‘shush’ we’ve been told to keep it down, that voices will carry. But on the other hand – Voices Carry! The more we talk and bring awareness, the more our voices will carry. Would it have been so bad to carry the message the writer intended to send?

The love of homosexuals. Any human or sexual orientation that is involved in intimate partner violence. Child Abuse. Sexual assault/abuse/rape. The mental illness of perpetrators. & their own sordid pasts… These are human rights issues. Things that have made people feel ashamed and lesser than. Things they’ve felt the need to hide. People who have felt they have no voice.

Not treating everyone the same regardless of the shoes they’ve walked in is ABUSE.

No need to listen to the bully who says “Shush & Keep it down now”. Voices do carry. All of them do. Like drops in a bucket. Each little drop will contribute to the eventual overflow that will change things. Every voice counts. 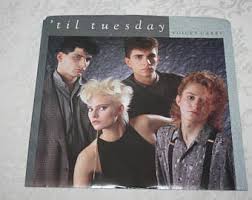