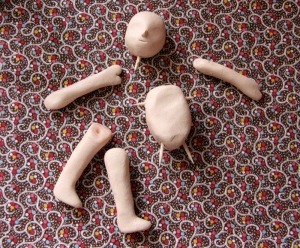 This blog is mostly in response to one my husband Daren wrote a few weeks back https://darenamd.wordpress.com/2016/07/23/on-the-value-of-rituals/

We did chat that day in the coffee shop, and I’ve been thinking about this for a few weeks now. One of the reasons rituals are so awesome is because it traces something back to it’s roots and honors something in it’s entirety. Well, there is nothing alone in its entirety. Anyone who is Facebook friends with me (IF they paid any attention to my page) would know that for the past 7+ years the main quote sitting on my profile is: When we try to pick out anything by itself, we find it hitched to everything else in the universe. – John Muir

I love that quote. I’ve used it in many conversations and presentations in a variety of formats. We can trace everything almost continuously including ourselves back to the stars. We and everything around us is made of star stuff (thank you kindly Carl Sagan for coining that term in my head forever). If we do actually think about this & how we are all nothing but star stuff; it’s easy to see nothing at all or just outright chaos. But if we ignore everything else and only focus on one piece of the universal pie we miss understanding and appreciating the beauty of the tie in. And feel very much alone.

Take for instance a shoemaker 150 years ago. He had a little shop in the heart of a town. People who lived in that town acquired their shoes there. The shoemaker knew his customers well. Everyone had a role in the town’s functioning and everyone supported everyone else to keep that town running through trade, bartering or monetary exchange. They were all they had and likely felt a sense of community and oneness. Mr. Shoemaker made the shoes from start to finish. He knew where the material came from, how they were put together. He literally created every stitch and hammered every sole. When he walked through town and saw others, he saw his creations on their feet. He felt connected to the product he made and the people who benefited from it. He appreciated the art of his work, which helped him to inherently understand and appreciate the products and services of his fellow townsfolk. Making shoes was a ritual and the universal lines were drawn around the whole shoe and the tie into the community and other humans.

At some point in history, machines and the assembly line were developed and broke up shoe making and nearly every other previous manual whole process that we could as humans possibly get our hands on. The universal lines broke down even smaller. Instead of making shoes; one stood on a line and mechanically made just a sole, or hammered in the same piece of stinking shoe over and over. The pride and ritual of the shoe in it’s entirely was lost. It became harder to connect with the final product. Supply chains were built up and one would no longer see the product they created on the feet of habitants of their town. In fact today, no one really knows any longer where things were created or how they were put together. People started working outside of their towns and traveling alone to jobs on long commutes to do things they don’t feel a part of. While our world is becoming more and more connected, humans are becoming more and more disjointed from the origin of their being; and their own worlds are becoming smaller and smaller.

I love Daren’s example of the record player. It was a ritual to play a song or album. The anticipation of hearing a song would build up as you went through the process of getting all set up. Manually making that happen while we wished it were faster felt very satisfying. Now that I have every song I have ever heard or could want to hear in my life at my fingertips, I just don’t enjoy music like I used to. Daren’s example of the coffee making process is simply beautiful. Making a cup of coffee in the morning was a means to true enjoyment. Manual effort was put in. The waiting made it all the more special. Do we really enjoy the k-cup, drive through, or 7/11 versions of coffee in disposable containers as much? As we gulp them down without thought? …several times a day for most.

Our on the go life style has started to suck the pleasure out of life. We aren’t connected to the things we do, the food we put into our body, or the people we run into during the day. We see ourselves as separate, and not part of the whole. Unless you own your own business, most of us who work have little to no connection to the mission of our jobs. We feel like a part in a machine with no connection to the outcome or even our own humanness. I march through the VA facility where I work and see the patients hobbling down the main corridor as road blocks to the next place I’m heading and already late to. Every so often when the bathroom on my floor is being cleaned and I need to walk down to the floor below, I see patients in the waiting room and checking in. It’s only then I remember that I even work in a hospital. That is sad and a symptom of something gone terribly, terribly wrong.

I wasn’t around back in the shoemaker days, but based on my experience with record players (and cassettes and CDs), and when my mom ground the beans at the end of the line at A&P and then percolated the coffee; I much more enjoyed the older, more manual versions of these and many, many other products and services. We don’t have time to do things in a way that are truly enjoyable any longer. How uncool is that? Why are we trying to do more and more faster and faster? It necessitates a quicker, faster, and smaller means to an end. It’s harder to appreciate the whole when you and everything you take part of is such a small cog in a larger wheel. What’s the rush? What are we accomplishing? Are we happier as a human race? I’m not. Am I alone in this feeling? Even if I am, I want to step out & slow down. I want to know the bigger whole. I’m a bit tired of the disjointed feeling of my being. I miss manual processes and rituals. I want off the treadmill. Anyone care to join me?

3 thoughts on “On a Disjointed Life”