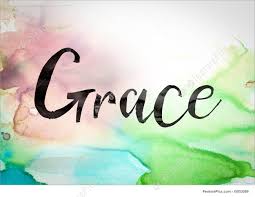 I am inspired by a yoga teacher training today that I was part of. During a conversation about mantra, the topic of Grace came up. On my way home I listened to U2’s song “Grace” and couldn’t help but walk in the door to my computer and write.

The topic of Grace was only a small part of an amazing day and didn’t last long. But it did leave an impression on me. We were reading the book “Healing Mantras” by Thomas Ashley-Farrand and discussing the topic of karma. On page 39, someone read a paragraph that I have read before but never quite understood. 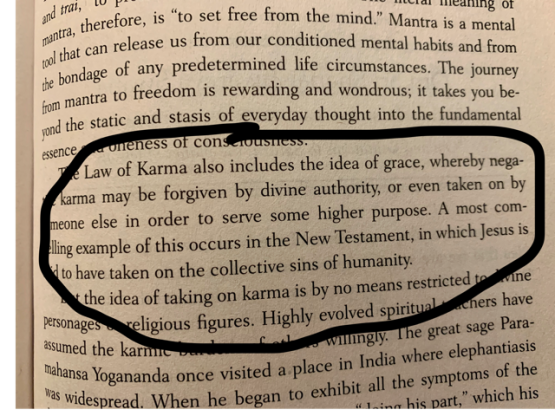 One of my teachers that was leading that section stopped a bit to talk about a few things. The one of which that sticks out most is the equation of Effort + Grace = Results.

One of my classmates asked her to repeat it so she could write it down.

Either before or after the equation, my teacher (Shelley) was talking about how escaping karma means leaving little to no ‘wake’. The same classmate asked her to define wake. Wake was meant in the context of how a boat makes a wake in the water.

Hmmm… Did it make sense? Yes, to me; but in some way I wasn’t sure and noted it was something to sort out mentally later.

Then another classmate shared how she understands what Grace is, but would struggle to define it. The question was left open to the floor. Lots of ideas circulated. As the group talked, U2’s song “Grace” played in my head. Particularly the part where Bono sings: “She travels outside of karma”.

That line is stimulating, and along the lines of the text in our book. I mentioned the U2 song. Then someone else mentioned the song “Amazing Grace” and precisely the line “How sweet the sound”. Earlier in the day we had an Ayurvedic lesson and looked at a chart of the journey of consciousness in conjunction with an extensive conversation about how the material world and the non-material trickle into our own selves. It’s the concept of prakriti and purusha mixed with some prana. But not to bore anyone to tears with this yogic speak, one of the basics that may or may not have been in that particular conversation but is scientifically proven is that we are all but a vibration. One of my teachers pointed that out.

“How sweet the sound”.

A classmate makes a little sound of an exploding head. Yes, this is a head exploding part. But the Word was God. Sound over light as the classmate who brought it up expressed it. Vibration itself as possibly a higher vibration that light?

Wow, where did the question of “Grace” go? And what did it have to do with this conversation.

Another classmate took it down a few notches to say that her concept is of Grace is the following:

The latter is Grace.

Suddenly the Jesus analogy made sense. There is something you aren’t proud of, and someone else takes it on and forgives you. I said this during class. My other teacher said, yes – it’s as if they take the shame.

Great conversation, but we had to wrap it up and straighten up because a community mantra class about going to start soon. Mantra conversation to be continued at a further time.

Fast forward about two hours later and I’m driving home listening to music. I’m inspired and excited, but what I’m listening to is sort of dragging me down. I ask Siri to play U2’s song “Grace”. The earlier conversation started to take a lot more shape for me and inspired me to write.

I don’t think I can fully grasp the depth of this beautiful word, but I feel I’m “One Step Closer to Knowing” [me shamelessly stealing another song title from U2].

If I had to describe my understanding of Grace at this moment, I would explain that it’s a person’s ability to realize that we are just a piece of all consciousness experiencing itself through a pointed view of ourselves. Or in simpler terms, a soul watching events unfold. Nothing matters.

When you get this from a core/soul level you do realize that nothing matters in the end. If you take on the shame or sins of others and free them from their suffering, you can release it from yourself because you understand that what happens ultimately doesn’t matter. It’s the highest form of vibration. It’s the stillness between the good and bad.

We are here to learn and it is all welcome. Once you can take the hurt away from others, onto yourself and release it – you move past the karma cycle. It’s the famous Christ analogy I never understood nor could anyone in my Catholic upbringing explain it to me. I still don’t propose to know it, but I do feel I’m “One Step Closer to Knowing”

Lyrics below with my thoughts in blue.

Once you master this and do it, you understand how both good & bad are both part of the physical world and welcome. You can move past the circle of karma

Grace takes that shame without strings. Just removes it and leaves no wake. Not a good or bad wake. Just working through life and bringing things back into balance where everything is as it has always been – in perfect condition.

Because Grace makes beauty
Out of ugly things

Grace finds beauty
In everything

Grace finds goodness in everything

4 thoughts on “On Grace”